Marks Sattin is currently partnering with a client who seeks and Interim Internal Auditor to support them through a busy period in work load. Working closely with the Head of Internal Audit you will be responsible for:

To be considered for the role you will have experience of previously working in a risk based audit role.
Whilst travel is not going to be undertaken during the current market conditions, working from home is the initial set up, however travel to the office bi monthly or once a month may be required. 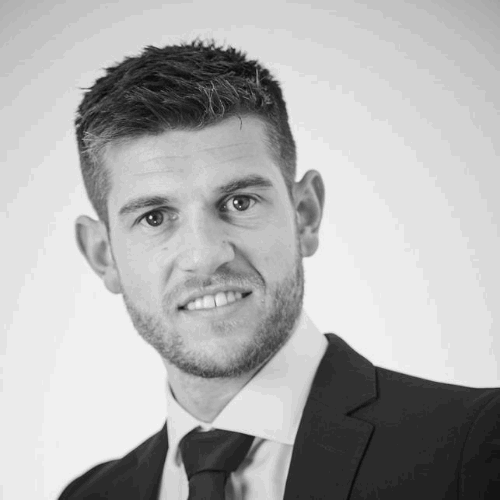 View my profile
Email david.clamp@markssattin.com
Contact me on 0113 204 2035
Connect Get in touch

We are working with a leading London based natural resources business who has an opportunity for a Senior Performance Analyst to join their FP&A team.

Roles in demand across Specialist Markets

2020 has been an unexpected year across the world, and it has been crucial to monitor and deal with all the effects of the Covid pandemic in business and in our personal lives. Amidst this crisis we have also had the uncertainty surrounding Brexit looming over us, which has left many businesses trying to deal with the immediate challenges to society and the economy at large. The effects of both have been felt, and we can see this within the jobs market.   As experts within specialist markets we have been privy to fluctuations within specific industries. Below are some of our observations across the market.Custom and duties tax specialists We have seen an increase in activity and growth across custom and duties tax specialists for large import/export FTSE businesses. Particularly businesses are looking for candidates on an interim basis to make sure effective processes and controls are implemented. This is an evolving space and once we have further clarity we expect demand to increase. In the last 6 months, we’ve seen an increase in recruitment activity from businesses in industries such as food manufacturing and FMCG that have had an increased demand for their products on the back of lockdown. In addition to this, businesses that do a significant amount of importing and exporting see customs and duty as a key area of focus with Brexit looming, and we have advised and recruited for several clients who have required specialist knowledge. This is a niche skill set that can be provided at premium rates by consultancy firms, but there is a recent trend to bring this expertise in house. The cost of doing this would be in the region of £40-50k for a perm hire and c£250 per day for a temp hire - watch this space if you're a candidate within this market.  Audit and riskAudit and risk have also experienced an increase in resource on both the temporary and permanent markets. As organisations seek to learn effectiveness lessons from the crisis they require resource to conduct and undertake Covid specific reviews. In addition, the offering of flexible working arrangements also provides a great opportunity to test network capabilities as well as controls across user access, disaster recovery, business continuity, as well as high level IT controls testing to ensure remote working does not compromise the risk appetite of the business. Start ups Over the past 6-12 months we have also undertaken a number of start up engagements, helping businesses recruit permanent heads of department to develop strategy internally. This is a trend we expect to continue as businesses look to cut spend on consultancy fees and take ownership of these disciplines, ensuring a consistent level of quality and cost efficiency.  To view more of our live roles, visit our job search page.

Amidst this crisis we have also had the uncertainty surrounding Brexit looming over us, which has left many businesses trying to deal with the immediate challenges to society and the economy at large.

The changing role of the audit professional, is the dynasty and monopoly on large listed audit over?

As a manager in the audit, accounts and tax team at Marks Sattin, I take an interest in anything audit related. In fact, my favourite time of the year is the end of October, when the yearly top 100 Accountancy Age list is published! Having worked in this industry since 2012, I have seen the trends, and the changes, particularly in what is needed by the modern day auditor, and how this is constantly changing in line with market trends and general turbulent times. With fierce competition, and the increase in the number of service lines that firms offer, the modern day auditor needs to have it all! Auditors need to feel comfortable in many different areas such as accounts, tax and outsourcing, when servicing customers. There is also a huge focus on the softer skills like communication, influencing and negotiation. This is now a bonus to being able to technically complete the job, with an exam qualification tied in. This is one of the major changes that I have noticed in the professional services industry over the past five years. The other change we’ve noticed is within the Big 4, where there have been a number of high profile audits at firms such as KPMG with Carillion, PWC with BHS, Deloitte with Serco, EY with Thomas Cook, which have not portrayed the firms in a favourable light for a number of reasons. We have seen these audits result in fairly significant fines, as well as uncalculated damages to credibility. This has been affirmed by suggestions made within the professional services related press. It would seem as if the industry in general has had enough, and is looking to a higher power to rectify this situation. This may well be about to happen with the UK Government weighing up a proposal from the competition watchdog that would force all large listed businesses to appoint one Big 4, and one non Big 4 firm, to conduct joint audits. David Herbinet, global head of Mazars, echoed the change or shift towards non Big 4 firms having a seemingly unbreakable monopoly by saying, “We’ve had more invitations to tender for audits in the FTSE 350 market in the last six months than we have in the last ten years”. Scott Knight, BDO’s head of audit, supported this trend by saying that he had seen an “unprecedented” rise in demand. It has also been reported that FTSE 100 insurer, Prudential, and house builder, Taylor Wimpey, which are audited by KPMG and Deloitte respectively, have held early-stage conversations with “challenger” firms, including BDO and Mazars about switching their auditor. Fiona Baldwin, Head of Audit at GT, said that although it was “too early to tell” if attitudes amongst FTSE 350 audit committees were changing, she noted “we’re still being invited to tender, which is a positive sign”. Over the next couple of years, we expect the role of the auditor to continue changing, and the rise of challenger firms to steady. The insistence on Big 4 firms to complete an audit to a high standard represents a change for the better, which is good news for everyone. Non Big 4 or challenger firms will take a bigger slice of the “audit pie”, resulting in Big 4 firms not being so stretched for time and being able to complete a higher standard audit. It will be interesting to see these shifts happen, and be part of the process, as a recruitment partner to both Big 4 firms and non Big 4 firms. If you’re interested in learning more about our live roles, or would like to learn more about how we can help you with your recruitment strategy, please contact us for a confidential discussion.

As a manager in the audit, accounts and tax team at Marks Sattin, I take an interest in anything audit related. In fact, my favourite time of the year is the end of October, when the yearly top 100 Accountancy Age list is published!

We hosted an internal audit roundtable in Leeds, attended by a group of senior professionals in internal audit, risk and compliance, from a wide range of organisations. The aim was to discuss topics that are currently impacting their profession, and share experiences and insights. We have summarised this conversation in an easy to read whitepaper, covering the following: Sustainability - climate change and environmental issues – what’s the reality?Governance - the new Corporate Governance code, internal audit’s role in risk management and auditing cultureIs internal audit creating the right impact? We talk about report writing and responding to new technologiesThe challenges of IT security, cyber risk and GDPR Download our whitepaper to read more on the topics disrupting the internal audit sphere   2019 Internal Audit Roundtable For more information on specialists markets or if you're looking for a new challenge or an organisation seeking additional expertise please email david.clamp@markssattin.com or call +44 (0)113 242 8177.

We hosted an internal audit roundtable in Leeds, attended by a group of senior professionals in internal audit, risk and compliance, from a wide range of organisations.