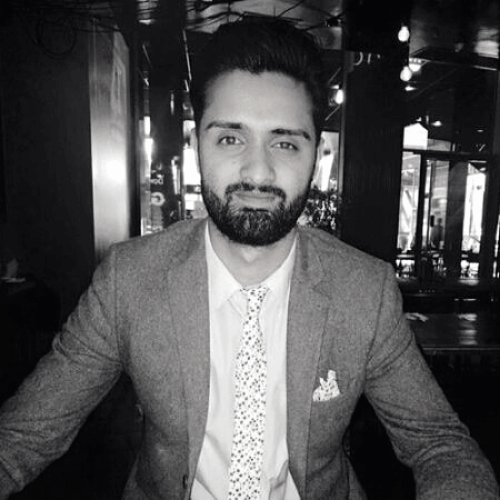 View my profile
Email aaron.dhillon@markssattin.com
Contact me on 0207 747 9665
Connect Get in touch

Brexit could mean Britain takes a bite of #Appletax

The European Competition Commission has ruled that “Ireland granted illegal tax benefits to Apple” leaving the company facing an eye-watering €13 billion (£11.1 billion) tax bill.  This selective tax treatment is considered illegal as it provides Apple a significant advantage over businesses that are subject to the same national taxation rules. Ireland must now recover the unpaid taxes in Ireland from Apple for the years 2003 to 2014. Plus interest.  In fact, the tax treatment in Ireland enabled Apple to avoid taxation on almost all profits generated by sales of Apple products in the entire EU Single Market. This is due to Apple's decision to record all sales in Ireland rather than in the countries where the products were sold.  Tax is complicated particularly in the modern, globalised economy so understanding Apple’s tax structure in Europe may shed some light on the Commission’s decision.  Apple Inc, in the US, is the top brass, the Big Kahuna. Apple Inc owns two smaller companies based in Ireland - Apple Sales International (ASI) and Apple Operations Europe.  These Irish companies hold the rights to use Apple's IP to sell Apple products outside America under a 'cost-sharing agreement'. They make yearly payments to Apple Inc to fund research and development efforts conducted on their behalf. In 2011 these payments amounted to about $2 billion and significantly increased in 2014. These payments are deducted from the profits recorded by these two companies in Ireland each year, in line with applicable rules. So far, so good. ASI is responsible for buying Apple products from manufacturers and selling these products in Europe, Middle East, Africa and India. Customers don’t buy their products from the shops that physically sell them, rather from ASI itself. In this way Apple recorded all sales, and the profits stemming from these sales, directly in Ireland. And this is where it gets interesting… Two rulings by the Irish tax authorities, in 1991 and 2007, endorsed an allocation of profits away from Ireland to a “head office” within ASI, and this "head office" was not based in any country and did not have any employees or own premises. Its activities consisted solely of occasional board meetings (a nice example of transfer pricing). Therefore, only a small percentage of ASI’s profits were taxed in Ireland. In 2011, ASI recorded profits of $22 billion with only approximately €50 million considered taxable in Ireland, leaving nearly €16 billion of profits untaxed. As a result, ASI paid less than €10 million of corporation tax in Ireland in 2011. In subsequent years, ASI’s recorded profits continued to increase but the profits considered taxable in Ireland under the terms of the tax rulings did not.  Apple’s response has been unequivocal with CEO, Tim Cook, insisting that the company is “not a tax dodger” and declaring that the Commission’s decision is “an effort to rewrite Apple’s history in Europe, ignore Ireland’s tax laws and upend the international tax system in the process" which will ultimately “have a profound and harmful effect on investment and job creation in Europe.” Cook’s indictment may well prove poignant as it’s been rumoured that Britain could be the big winner from this particular tax feud. Indeed this ruling is the conclusion of a two-year investigation and following landmark cases against Starbucks and Fiat and probes into Google and Facebook/ A so-called hard Brexit for Britain, going it alone and not remaining a part of the single market, would mean state aid rules would no longer constrain UK tax policy. A more favourable rate could be implemented regardless of the terms of negotiating Brexit as tax regimes are set at member state level (despite proposals for a Common Consolidate Corporate Tax Base that have been tabled since 2011). This would mean that the UK could position itself as a more attractive destination than Ireland, the Netherlands and Luxembourg, where the majority of the biggest US tech companies are headquartered, away from the growing stranglehold of state aid laws and EU Commission, which both the Irish government and the US Treasury have accused of trying to influence tax policy. Regardless, in today’s increasing global economy, the practice of taxing profits earned in one country but reporting them in tax havens through the use of contrived corporate structures seems obsolete - surely reform and massive simplification of global tax bases is the only viable solution for the future.

Tax is complicated particularly in the modern, globalised economy so understanding Apple’s tax structure in Europe may shed some light on the Commission’s decision.

HMRC has managed to greatly increase its tax take from wealthy UK individuals.

HM Revenue and Customs has claimed success in a new drive to recover unpaid tax, a new report has revealed. Written by legal firm Pinsent Masons, it showed the tax authorities managed to recover 60 per cent more revenue from what are described as "mass affluent" people. The affluent unit at HMRC covers those with incomes of more than £150,000 a year or wealth over £1 million and it managed to raise £137.2 million from this group last year, compared with only £85.7 million in 2013. Around half a million Britons fall under its remit and the unit has been greatly expanded under the current government, with manpower doubled in 2013 as another 100 tax inspectors were taken on. Pinsent Mason's head of litigation and compliance James Bullock said: "This surge in extra revenue from Affluent Unit tax investigations serves as a reminder that HMRC is widening its lines of inquiry. "People who would just consider themselves moderately successful professionals and business people are now also coming under the scrutiny of HMRC's specialist units." The success in raising more tax has clearly arisen from "a much more aggressive approach to prosecutions targeted at professionals and entrepreneurs", he concluded. However, critics may contend that yet more can be done and argue for more recruitment of tax experts in order to make further inroads into non-payment and bring in yet more revenue. Indeed, there may be pressure on politicians to pledge such measures in the run-up to May's general election. There have certainly been some very high-profile cases of wealthy individuals coming under scrutiny for tax evasion in recent years, such as comedian Jimmy Carr and singer Gary Barlow. However, much of the focus could also be on the tax bills of multinationals that have used all kinds of ingenious devices to avoid paying corporation tax. Tech firms are particularly notable for this, a point noted by Bank of England governor Mark Carney. He told a BBC-hosted event at the World Economic Forum in Davos last week that the tax bills of such firms are "very small relative to the returns".

HM Revenue and Customs has claimed success in a new drive to recover unpaid tax, a new report has revealed.

The British taxman is becoming stricter with corporations in a bid to forestall public criticism over so-called 'sweetheart deals', meaning companies and their financial experts need to ensure they are performing well in their compliance duties. An Oxford university study reported in the Financial Times found a widespread feeling among firms that HMRC has become considerably firmer since 2010, when the body came under fire for allowing Goldman Sachs not to pay interest in a tax dispute. Roughly half of companies that have frequent disputes with the Revenue believe its approach has changed, according to preliminary findings from the Oxford University centre for business taxation. This follows a similar report from law firm Clifford Chance, which pointed out HRMC has become "more aggressive" in its pursuit of companies that avoid tax. Companies told Oxford researchers that tax officials are concerned that they will face criticism if they fail to carry out their role effectively. "Because everyone within HMRC is afraid of being dragged before the [Public Accounts Committee] and Margaret Hodge, nobody is willing to overrule the specialists," one claimed. Edward Troup, the Revenue tax assurance commissioner, told the Financial Times that it would be unfair to criticise the organisation for being overly harsh - he suggested that the regulator is instead simply following its remit closely. However, he warned that the opposite criticism of 'cosiness' with businesses is also inaccurate, suggesting that a degree of closeness is necessary if HMRC is to enjoy a collaborative, mature relationship with the corporate world. His view was shared by Will Morris, chair of the Confederation for British Industry's tax committee, who told the newspaper: "This new competitiveness is built on changes in the law, not any leniency on the part of HMRC." Margaret Hodge, who chairs the Public Accounts Committee, warned last year that HMRC often loses its nerve when tasked with international tax avoidance.

The British taxman is becoming stricter with corporations in a bid to forestall public criticism over so-called 'sweetheart deals', meaning companies and their financial experts need to ensure they are performing well in their compliance duties.