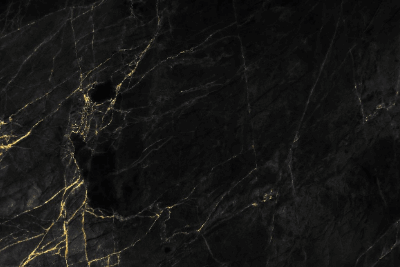 The security environment is constantly changing and evolving, as are the specific skills and technologies companies require to protect their systems and data. Our information and cyber security team was developed to partner with clients to assist with growth plans, security policy changes and subject matter expertise shortages.

Our consultants have a proven track record of sourcing relevant talent, and each individual’s long tenure within this very niche sector means that our candidate network is not only extensive, but also up to date with currently trends, experience, certifications and qualifications.

back to technology
jobs

Seeking a BA and Testing Manager, to lead a team of 5 Business Analysts and 2 Testers.

A global professional services network seeking to bring in a Senior IT Operations Analyst for their Central London offices.

A Global Oil & Gas company seeking to employ a Business Analyst to join their Central London Team. The role will be remote initially with a view to returning to the office at some stage.

Yorkshire and the Humber

Accountancy and the threat of cybercrime

In the festive season, with an increased volume of online shopping traffic (this year’s Black Friday and Cyber Monday set a new record for internet retailing), the UK’s vulnerability to online criminals is critical. Cybercrime has gone from being virtually unknown 20 years ago to being identified by the Government as one of the UK’s top national security risks – alongside terrorism. The perpetrators of cybercrime are no longer bedroom dwelling ‘script kiddies’ either, with powerful countries maintaining elite units of hackers. The threat to business is now greater than ever. Research estimates that cybercrime costs large companies in the UK an average of £4.1 million a year, and there are several parts of a company’s operations at risk. In recent years, companies have had funds stolen, products in development spied upon, and their customers’ data compromised.  The latter is a particular risk for organisations given the negative publicity this can cause. TalkTalk recently hit headlines when it reported that the credit card data of thousands of its customers had potentially been compromised, which resulted in a 7% fall in its share price.  The challenge posed by cybercrime is particularly acute for accountants who maintain highly sensitive and sought after client data on their systems, and a breach of financial information could be catastrophic for a firm operating in an industry that is built on trust between client and practitioner. Accountants of all sizes therefore need to make sure they are able to ward off cybercriminals – and have a plan of action ready should things go wrong.

Cybercrime has gone from being virtually unknown 20 years ago to being identified by the Government as one of the UK’s top national security risks – alongside terrorism.

The threat cyber crime poses to financial services firms across the globe is becoming more pronounced, according to the latest report on the matter by PwC.  Some 45 per cent of respondents to the organisation's survey had been the victims of some form of economic crime in the past, with 39 per cent having fallen prey to the dangers posed by hackers and other web-based threats. Advances in computing and the growing use of big data analysis means technology is increasingly becoming the main tool utilised in economic theft, the firm suggested. Around half of the businesses that had experienced some form of crime in the response period recorded a jump in the number of incidents recorded as well as the financial cost of such occurrences. The survey took in responses from 1,330 financial services firms across 79 countries, suggesting that this is a global issue rather than one simply confined to trading and business hubs such as London, New York and Tokyo. Money laundering, accounting fraud and corruption remain issues, but cyber crime was the biggest threat driver among all the companies who took part in the report. Andrew Clark, partner in PwC’s forensics practice, said: "The financial services sector was one of the first to be targeted by cyber crime - little wonder, as there have always been significant potential financial gains to be had from subverting computerised processes and corporate controls in banks." The methods adopted by criminals are constantly evolving, meaning banks and other institutions need to take steps to upgrade their protective systems on a regular basis, he added. "It is concerning that 40 per cent of all financial services respondents believe that it is unlikely their organisations will experience cyber crime in the next 24 months. Financial services organisations need to recognise cyber crime as a risk type and establish proper reporting," he concluded.

The threat cyber crime poses to financial services firms across the globe is becoming more pronounced, according to the latest report on the matter by PwC.