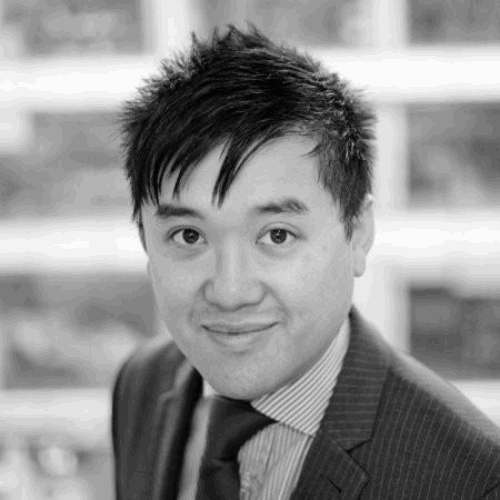 View my profile
Email john.quach@markssattin.com
Contact me on 0207 747 9763
Connect Get in touch

I joined Marks Sattin in 2007, and specialise in banking and capital markets. My team offers over 15 years track record of success placing finance professionals into a variety of roles, from part qualified to FD and board appointments. Our client base includes many long standing relationships with global banks, brokers, insurers, fund managers, private equity firms, real estate funds and alike and we pride ourselves on being able to offer a truly exceptional amount of opportunities to our candidates. I have placed a range of candidates including financial accountants, finance business partners, regulatory accountants and product controllers.

John shares why he enjoys being a Principal Director

John Quach | Principal Director How did you embark on your career with Marks Sattin? Unlike the bulk of my colleagues, I took a slightly different path when I first joined Marks Sattin. I didn’t attend university and instead worked for almost 10 years in retail sales. Suffice to say I was a slightly more mature hire when I joined recruitment but it was the best career move I ever made. I was rather frustrated with the opportunities at my previous employer where I was given little recognition for my efforts and performance. I wanted to join a company where promotions were given on merit and not reputation. I had heard of Marks Sattin through my girlfriend/now wife who mentioned I should try recruitment as I seemed to have the natural ability of building relationships and being sociable. I lined up a number of interviews and whilst I had been offered another position in recruitment, I decided to join Marks Sattin. I had of course, been asked the usual interview questions, albeit the few interesting curve balls thrown in by my prospective boss which helped me make my decision to join Marks Sattin. To this day the MD still reminds me of the Burberry tie I wore on my first day (never seen again), which I still keep on my desk as a reminder of how far I have come since I first joined.  How long have you been with MS and how have you evolved with the business? I’m now in my 11th year at Marks Sattin and apart from a few speed bumps I have to say recruitment is truly a lucrative career. I have seen the company move and progress in all kinds of directions and I have also made some lifelong friends. My old boss and now MD is someone I consider a friend and the culture we have at Marks Sattin is like no other. This job is really about what you make of it and as with any job it can be tough and monotonous.We are however encouraged to network and maintain relationships with all of our candidates and clients which means this isn’t an average desk job. Working in financial services means I have worked with some outstanding clients from FTSE to SMEs where we have wined and dined in some of the best restaurants in London. Why the principal route? We are allowed to carve out our own career path at Marks Sattin and we are given a lot of trust an autonomy to produce results in the most effective way possible. It used to be a well-known fact in business that if you wanted career progression you had to manage people. I am one of few people who took on that role and experienced career regression, this proved to me that management isn’t for everyone! I was given the opportunity to set up a brand new team and enter a new market and I’ll be the first to admit that it wasn’t successful. Thankfully our now MD offered me a different career path, one which placed me on the route to become a director without the management piece. I was aware that my time was better spent focusing on building a brand rather than building a team as I find more pleasure in billing than developing consultants. My job is not only to be one of Marks Sattins’ top billers but also to utilise my existing network to benefit other consultants in the business via introductions or job passes.  I became the first Principal Associate Director and then the first Principal Director at Marks Sattin which is a huge achievement. This goes to show that there are different careers paths for everyone at Marks Sattin, this has created an excellent and diverse management team. Advice: When you first start out in recruitment you need to put in the ground work, it took me the best part of three years to build out my network of clients. This meant a lot of late nights and early starts, however this is not something you can maintain after five years in the job, you would literally burn out. Thankfully the business has matured along with the employees. I have the benefit of flexible working which has allowed me to raise two beautiful daughters and watch them grow up. I’m not aware of many companies in recruitment that offer this flexibility to staff in such a sales driven environment, we’ve certainly shifted with the times. When I first joined we had around two employees with children and now we have considerably more!  10 years with one recruitment firm is not as common as you would like to think. Marks Sattin really do reward performance and whilst the majority of people in sales positions care solely about money it’s the intangibles that keep me happy; the flexible working hours, the culture, the people and of course the money!Hear more stories from our employee spotlight series here. If you would like to have an anonymous chat to our internal recruitment team about anything recruitment career related, visit our dedicated page here.

Unlike the bulk of my colleagues, I took a slightly different path when I first joined Marks Sattin. I didn’t attend university and instead worked for almost 10 years in retail sales. Suffice to say I was a slightly more mature hire when I joined recruitment but it was the best career move I ever made.

Cloud computing has been one of the major technology trends of the last few years, with analysts pointing to its potential for improving business technology and allowing smaller firms to compete with their larger rivals. However, the UK accountancy industry has been one of the slower adopters of the new trend, despite being aware of the many of the benefits it could potentially offer. According to the findings of the IT in Practice Survey from Thomson Reuters, firms are planning to use cloud services in the future to support remote working and the use of mobile devices, even if this is not yet viable. The survey, which polled 1,300 UK accountancy firms, found that only 11 per cent are currently using cloud services as part of their practice. However, more promising news was contained within the statistic that 23 per cent of companies are planning to move some or all of their IT infrastructure online in the next 12 months. Thomson Reuters managing director Andrew Flanagan said: "The main reason practices are looking to move to cloud-based solutions is to allow employees to work remotely; for example, from client's premises and to enable use of new mobile devices such as smartphones and tablets." Pockets of resistance are still springing up to the concept of cloud computing, with not everyone in the industry convinced of its efficacy or security. A quarter of respondents said they saw no advantage in moving to the cloud from their existing hosting solutions, while 22 per cent admitted that it remains difficult to quantify the benefits of the cloud despite its good reputation. Other concerns raised by accountants included worries over broadband services, uncertainty about system reliability and data security issues that could arise. Christophe Letellier, chief executive officer of Sage, recently suggested in an Accountancy Age article that choosing the right IT system is crucial for accountancy firms in the UK aiming for success.

Cloud computing has been one of the major technology trends of the last few years, with analysts pointing to its potential for improving business technology and allowing smaller firms to compete with their larger rivals.