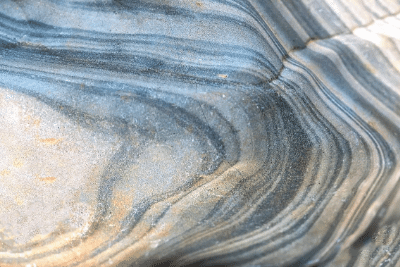 Our team has over 20 years of experience recruiting within the tax community, from part qualified to director level across all sectors. We partner with businesses from small boutiques to the FTSE 100, across the UK and Ireland, and offer genuine subject-matter expertise within corporate tax, VAT/indirect tax, employment tax, tax technology, R&D tax and international tax (including transfer pricing).

We have an outstanding relationship with the Big Four, mid-tier and independent tax practices. Our retained assignments ensure the confidentiality of roles against our competitors, enabling us to match our clients’ requirements and offer candidates the best opportunities.

back to finance & Accounting
jobs

We are currently recruiting for a Corporate Tax Assistant Manager/Manager for a global leading accountancy firm based in Birmingham City Centre.

Fast paced PE backed technology business are looking for a corporate tax specialist to join the team in a newly-created position due to growth.

A great opportunity for a Qualified Corporate Tax to work with some major clients in a thriving Top Tier accountancy practice.

International business are looking to bring in a Tax Accountant on a permanent basis two to three days per week.

Roles in demand across Specialist Markets

2020 has been an unexpected year across the world, and it has been crucial to monitor and deal with all the effects of the Covid pandemic in business and in our personal lives. Amidst this crisis we have also had the uncertainty surrounding Brexit looming over us, which has left many businesses trying to deal with the immediate challenges to society and the economy at large. The effects of both have been felt, and we can see this within the jobs market.   As experts within specialist markets we have been privy to fluctuations within specific industries. Below are some of our observations across the market.Custom and duties tax specialists We have seen an increase in activity and growth across custom and duties tax specialists for large import/export FTSE businesses. Particularly businesses are looking for candidates on an interim basis to make sure effective processes and controls are implemented. This is an evolving space and once we have further clarity we expect demand to increase. In the last 6 months, we’ve seen an increase in recruitment activity from businesses in industries such as food manufacturing and FMCG that have had an increased demand for their products on the back of lockdown. In addition to this, businesses that do a significant amount of importing and exporting see customs and duty as a key area of focus with Brexit looming, and we have advised and recruited for several clients who have required specialist knowledge. This is a niche skill set that can be provided at premium rates by consultancy firms, but there is a recent trend to bring this expertise in house. The cost of doing this would be in the region of £40-50k for a perm hire and c£250 per day for a temp hire - watch this space if you're a candidate within this market.  Audit and riskAudit and risk have also experienced an increase in resource on both the temporary and permanent markets. As organisations seek to learn effectiveness lessons from the crisis they require resource to conduct and undertake Covid specific reviews. In addition, the offering of flexible working arrangements also provides a great opportunity to test network capabilities as well as controls across user access, disaster recovery, business continuity, as well as high level IT controls testing to ensure remote working does not compromise the risk appetite of the business. Start ups Over the past 6-12 months we have also undertaken a number of start up engagements, helping businesses recruit permanent heads of department to develop strategy internally. This is a trend we expect to continue as businesses look to cut spend on consultancy fees and take ownership of these disciplines, ensuring a consistent level of quality and cost efficiency.  To view more of our live roles, visit our job search page.

Amidst this crisis we have also had the uncertainty surrounding Brexit looming over us, which has left many businesses trying to deal with the immediate challenges to society and the economy at large.

The tax and audit see-saw

It’s often said that recruitment firms are the barometer of the marketplace as political and economic uncertainty have an immediate effect on hiring levels and it’s clear that the market is tough, both in terms of roles released and decisions being made.  So perhaps it’s strange that September was our best month of the year and just shy of our all time record with strong results across our divisions and regions. Or not so strange. Whilst some of our competition talk openly about reducing their UK headcount, our strategy is to continue investing in our core markets and making key hires into our business. Even more crucially, our consultants prove again and again that their motivation, market knowledge and passion for the job are second to none.  Similarly, Professional Services performed strongly with audit hires driven primarily by strong levels of demand from mid-tier firms and the Big 4 being relatively quiet. The opposite is the case for tax, with Big 4 and Top 10 firms still hiring strongly. We’re also seeing increasing demand for specialists in tax automation and tech with firms keen to bolster their advisory offering as this area rapidly evolves. Writing for the Accountancy Age, Martin Muirhead, senior partner at Kingston Smith. notes that “larger firms have been able to grow their tax income at a faster rate than their fees from audit and accounting, with seven of the top ten firms reporting more growth in tax than audit. This trend does not appear to be replicated across the rest of the 50+50, with less than a third of firms across the top 100 being able to report the same.” Martin goes on to point out that the HMRC’s ‘Making Tax Digital’ scheme is likely to see a rise in advisory fees but squeeze compliance as tax returns become automated. One thing is certain as a turbulent 2016 draws to a close, the ever increasing complexity in regulation and compliance means that there is plenty to keep accountants occupied for some time to come.

It’s often said that recruitment firms are the barometer of the marketplace as political and economic uncertainty have an immediate effect on hiring levels and it’s clear that the market is tough, both in terms of roles released and decisions being made.

Brexit could mean Britain takes a bite of #Appletax

The European Competition Commission has ruled that “Ireland granted illegal tax benefits to Apple” leaving the company facing an eye-watering €13 billion (£11.1 billion) tax bill.  This selective tax treatment is considered illegal as it provides Apple a significant advantage over businesses that are subject to the same national taxation rules. Ireland must now recover the unpaid taxes in Ireland from Apple for the years 2003 to 2014. Plus interest.  In fact, the tax treatment in Ireland enabled Apple to avoid taxation on almost all profits generated by sales of Apple products in the entire EU Single Market. This is due to Apple's decision to record all sales in Ireland rather than in the countries where the products were sold.  Tax is complicated particularly in the modern, globalised economy so understanding Apple’s tax structure in Europe may shed some light on the Commission’s decision.  Apple Inc, in the US, is the top brass, the Big Kahuna. Apple Inc owns two smaller companies based in Ireland - Apple Sales International (ASI) and Apple Operations Europe.  These Irish companies hold the rights to use Apple's IP to sell Apple products outside America under a 'cost-sharing agreement'. They make yearly payments to Apple Inc to fund research and development efforts conducted on their behalf. In 2011 these payments amounted to about $2 billion and significantly increased in 2014. These payments are deducted from the profits recorded by these two companies in Ireland each year, in line with applicable rules. So far, so good. ASI is responsible for buying Apple products from manufacturers and selling these products in Europe, Middle East, Africa and India. Customers don’t buy their products from the shops that physically sell them, rather from ASI itself. In this way Apple recorded all sales, and the profits stemming from these sales, directly in Ireland. And this is where it gets interesting… Two rulings by the Irish tax authorities, in 1991 and 2007, endorsed an allocation of profits away from Ireland to a “head office” within ASI, and this "head office" was not based in any country and did not have any employees or own premises. Its activities consisted solely of occasional board meetings (a nice example of transfer pricing). Therefore, only a small percentage of ASI’s profits were taxed in Ireland. In 2011, ASI recorded profits of $22 billion with only approximately €50 million considered taxable in Ireland, leaving nearly €16 billion of profits untaxed. As a result, ASI paid less than €10 million of corporation tax in Ireland in 2011. In subsequent years, ASI’s recorded profits continued to increase but the profits considered taxable in Ireland under the terms of the tax rulings did not.  Apple’s response has been unequivocal with CEO, Tim Cook, insisting that the company is “not a tax dodger” and declaring that the Commission’s decision is “an effort to rewrite Apple’s history in Europe, ignore Ireland’s tax laws and upend the international tax system in the process" which will ultimately “have a profound and harmful effect on investment and job creation in Europe.” Cook’s indictment may well prove poignant as it’s been rumoured that Britain could be the big winner from this particular tax feud. Indeed this ruling is the conclusion of a two-year investigation and following landmark cases against Starbucks and Fiat and probes into Google and Facebook/ A so-called hard Brexit for Britain, going it alone and not remaining a part of the single market, would mean state aid rules would no longer constrain UK tax policy. A more favourable rate could be implemented regardless of the terms of negotiating Brexit as tax regimes are set at member state level (despite proposals for a Common Consolidate Corporate Tax Base that have been tabled since 2011). This would mean that the UK could position itself as a more attractive destination than Ireland, the Netherlands and Luxembourg, where the majority of the biggest US tech companies are headquartered, away from the growing stranglehold of state aid laws and EU Commission, which both the Irish government and the US Treasury have accused of trying to influence tax policy. Regardless, in today’s increasing global economy, the practice of taxing profits earned in one country but reporting them in tax havens through the use of contrived corporate structures seems obsolete - surely reform and massive simplification of global tax bases is the only viable solution for the future.

Tax is complicated particularly in the modern, globalised economy so understanding Apple’s tax structure in Europe may shed some light on the Commission’s decision.